Hello everybody. Before getting into the review, let’s get one thing out of the way first, and that’s how I feel respect the ceremony, which is exactly how I feel about the Oscars as a whole. It also serves if you want to know what I think of it without having to read through all of it. You ready? Then play the video and facepalm a-hoy.
So yeah, that pretty much sums it up.

But no, let’s be fair now people, I don’t want to look like another internet troll that likes to pick on something because it’s popular, it’s hip, or a large crowd of people like it just to be popular. I am not that shallow, I have my reasons to hate these Oscars like I have reasons to hate the Oscars last year and the year before that. My opinion of awards has always been very negative, very mild, because it’s a way for people to measure and qualify movies, games, music, etc. basing their opinions on those of others (and this comes from somebody who runs two award reels). The Oscars started this, and since then we have had the BAFTA’s (which are, in my opinion, the best Awards nowadays as they award movies, TV Series and Videogames), the Golden Globes (that will never shake off the label of “Oscar predictors”) and in lesser measure, the Spanish Goyas (of which I better don’t talk about). 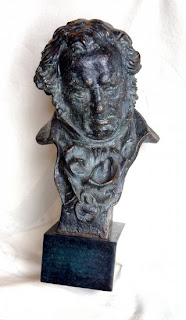 Yes, our movie awards look like a butt-plug.
Just so you know, the last Academy Awards ceremony I watched was back in 2008, and it was the year Javier Bardem won Best Supporting Actor in “No Country for Old men”. Now, I don’t like Javier Bardem as a person, I don’t like him in the slightest. He is too politically involved in too many things and I bet his concept of himself is as snooty as a Harvard graduate. That said, I think he is the best Spanish actor out there. I might hate him as a person, but I would be a cretin if I say he is a bad actor. He is a great actor, and sadly in this country we love to brag about it all the fucking time, which means I have to watch the ceremony while a bunch of ass-tight “film critics” say how handsome he is or how cool he looks in that tuxedo. So you can imagine the ordeal it is to watch a show at 2:30 am with a bunch of critics boring you to death. I did that last year and trust me, it feels like crap. So after 2008 I was not looking for to the next years, I really was unhappy with how the Academy was managing the nominees, how the show was being planned and how the entire thing seemed more like getting in front of an old man as he is getting masturbated by another four old men only for you to swallow the money shot. It is a disgusting analogy for a disgusting archaic ceremony that instead of advancing has decided to get stuck in the 1920’s. So the Academy’s criteria is on par with that of a 1920’s oven.
So this year there was little difference respect other years, except for one thing, one thing that made things a lot easier to endure: The length. It was blissfully shorter than previous ceremonies, lasting only 4 hours, compared to the lengths of 6 and even 7 hours sometimes it went to. The categories were given thematically, that means they were given in pairs and always in relationship between each other: Costume design and Make-up conformed the aspect of the characters; Art Direction and Cinematography referred to the aspect of the world; Editing and Special Effects represented…I don’t know, how digital technology has actually made movies better? No idea, but I liked the fact they gave the awards in pairs, much more efficiently and faster, which is something I really appreciated.
Respect the rhythm the ceremony felt faster and less heavy than other years, maybe because I did like the works of James Franco and Anne Hathaway, who both did a wonderful job as hosts. It has nothing to do with the fact they are young and I am 25-to-26, it’s because you need good actors who can do both drama and comedy to be competent and entertaining hosts. The jokes they performed were alright, some of them were pretty funny like that moment when James Franco stepped in stage dressed as Marylin Monroe, but other jokes just felt flat into the void of oblivion. The intro that is supposed to present all the nominated movies was bland and unfunny, and at times it felt like a movie directed by Aaron Seltzer and Jason Friedberg (you know, the douche bags from “Epic Movie”). But them aside the ceremony just continued like every other, basing its charm in separated anecdotes; Kirk Douglas hitting on Hathaway and creating the catch-phrase of the night “You know…”; Melissa Leo dropping a “FUCK!” when she got to get her Oscar for “The Fighter”; Josh Brolin’s macro-Jay-Leno-chin; Celine Dion destroying the heartwarming farewell to those who passed away; Billy Crystal presenting…something, I don’t remember that quite well and it’s sad; Randy Newman calling off to the Academy with the unforgettable “I have been nominated 20 times and only won twice, so you are getting there Academy”; and the list goes on in a night that could have been to remember, but more like ¼ to remember, and maybe not even that. The best part for me was the very ending, right when the ceremony was almost dead Steven Spielberg comes out to give the Best Picture Oscar, and says “The winner of this award will be up there with movies like Ben-Hur, Deer Hunter, Unforgiven and Lawrence of Arabia. Those who don’t will be up there with movies like Raging Bull, Citizen Kane or The Graduate”. That made me laugh and applaud, that was Spielberg saying something along the lines of “These awards mean nothing, a movie’s quality is not measured by them”. So now that I said that, let’s talk about the movies that should have won instead of the ones that won.
I have little to complain in this regard though, but I will point out some of the moments that made me go “What the Fuck” the most, and those are usually the technical achievements.
First of all, Best Art Direction to Alice in Wonderland? Really? Why? I have seen the movie and I thought it was the most unimaginative art direction I have ever seen in a fantasy movie in a long run. It’s not like the other nominees were not good, and I personally was voting for Inception to win, especially for the recreation of the Penrose steps. It’s not as overloaded as Alice’s, but it feels more consistent, more solid. Alice’s Art Direction is a smudgy sketch done in a bar napkin and doesn’t deserve such award.

Seriously, this is like a rejected concept from Charlie and the Chocolate Factory.
The second award that made me go “What the fuck” (and now that I remember, I almost screamed it in front of my mom and sister) was the Best Make Up, for The Wolfman. The Wolfman, really? Seriously? You got to be shitting me up the ass with that bullshit. That piece of shit of a movie doesn’t even deserve a nomination. See what I mean here? Now this movie has an Academy Award, it’s on par with other movies that won one Oscar, and it totally doesn’t deserve it. I don’t care if it’s Rick Baker who took it, he made better movies than this one and he has never been nominated for those. I will go back to this later on the article. To quote Manly men doing Manly things: “Even if this movie sucks it is the best movie ever made”
· Best Production Design: It’s not the same as Art Direction. Production design is like a mix between Art Direction, Cinematography and Special Effects. It’s about the atmosphere of the world, the feel of it, how it surrounds you and how it draws you in. It could perfectly serve for Sci Fi films like Avatar or for period pieces like Kingdom of Heaven, or even grimy war films like, well, The Hurt Locker (yeah, I may hate it but I admit the atmosphere of that film is thick and heavy).

This is on par…

…with this.
· Best Trailer: The Cracked website talked about this, and I have to agree. Trailers are like mini-movies, sometimes they are even better than the movie itself, and they require skills in synthesis and analysis. What’s the best way to approach a movie trailer? Should we put everything there, or should we just give a hint of what’s about? I understand both sides, ones wanting more info and other wanting the trailer to be as mysterious as possible. I prefer movie trailers that hint you what the movie might be about. In that case I say that the best movie trailer of the year should have gone to Inception.
This trailer is WTFingly awesome.
· Best Voice Acting: Now this is something that angers me when they only recognize actors that appear in live action movies. What about animated movies? Or how about CGI movies where the actors are there but they are substituted by a CGI version of themselves (like Andy Serkis in Lord of the Rings or, yes, Zöe Saldana in Avatar). The voice acting is a really tough, difficult and stressing work, just any other acting work, and acting with your face covered with dots, with motion sensors all over your body, is no different than working wearing a 15th century gown with make up all over your face. Why don’t they recognize those roles? It’s still acting! Hell, sometimes is better acting than other movies with the actors not being cartoons or CGI characters. Not recognizing this is a travesty!
So with that ends my review of the Academy Awards Ceremony 2011. If you still want to see me ranting on it, check the YouTube video below, but only f you really, really, really need to. Otherwise, thanks for checking this out!
Oscar, I am dissapoint.