This one will come with a video making of, in the far future. First I have to figure out Windows Movie Maker's Asshole piece of a cunt mode. In the meantime, enjoy some photos I took of my working bench while I was building Dashie. 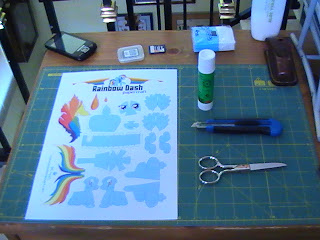 Tools of the trade. I borrowed the tablet from my mom's set for Patchwork. She's so nice. 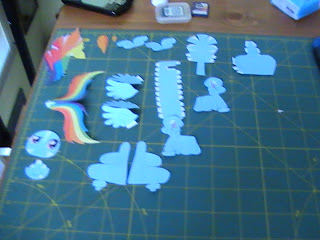 When they tell you to "cut it" they don't mean it literally. 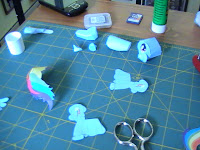 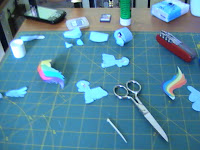 Actual photos from the set of "Cupcakes". Directed by Nick Park. 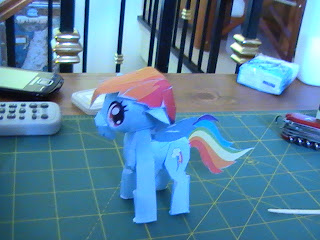 And here she is! Looks better in the photos than in real life. 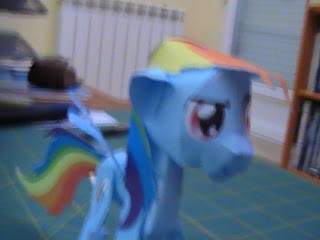 A bit out of focus, but I wanted to show her good side. 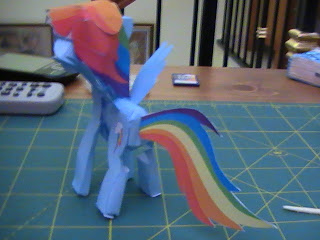 Rainbow Dash has a nice plot, even with Nintendo 64 graphics quality.
Check out the original prints I used in this link here.
I had a lot of fun doing it. I think I could have done it better, but taking into account I was using a terrible glue and my experience with papercrafts doesn't go that far, I think I did a decent enough job. There's another one coming up, but that will be a surprise. Unless I told you already, which means it won't be :3