I've been using a sentence lately, mostly to define really awesome days with a self-contained feel of excitement that trascends the myriad of layers contained in the fantastic cheer that is having a really good day. And that sentence is: "Well...that was cool."

Today I got to use it twice XD So I can say "Well...that was very cool."


I liked it. The museum in doors wasn't too much of a look though. It was informative and all that, but quite bland and boring. I give them the effort to try and make it interactive. However, failing at that makes the score go down a few points. But the main attraction was the ship itself. I was so awestruck I couldn't take many pictures of the insides of the ship, but I tell you, they are awesome. I want to go into a ship like that and explore the World.

And since I'm a Brony (and my good friend Arran suggested me to do so) here are some pictures with a distinct ponified flavour. 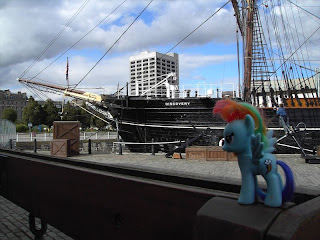 You know she's going to board that in 10 seconds flat. 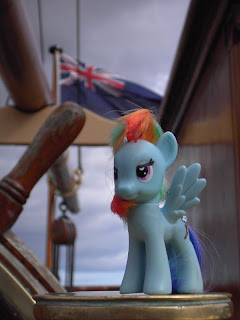 If she was more flexible I'll make her salute...hehehe, flexible... 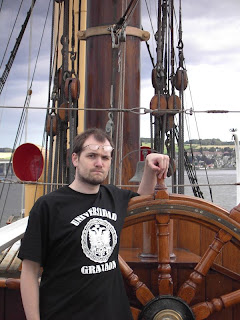 He's going to punch you in the throat and eat your larynx. 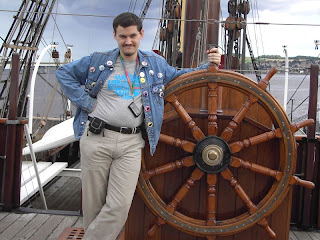 The moustache. It's definitely the moustache.
So yeah, that was really cool. If you are planning on going to Dundee I recomend you to check the Discovery exhibition. The price might be high, but it's totally worth it!


PETER PAN GETS DASHIED.
This just in for the Ponies around the World event that might be or might not be over. It's always fun to photograph these toys in front of landmarks. So here's another one! 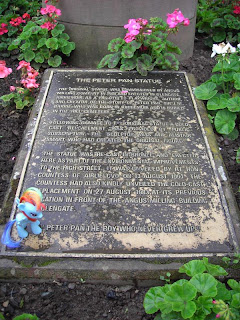 I didn't even planned on the text to be so clear. Accidents might make things 20% better. 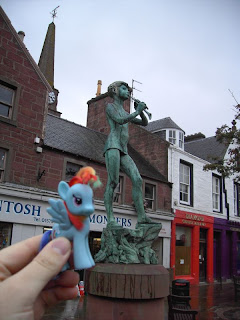