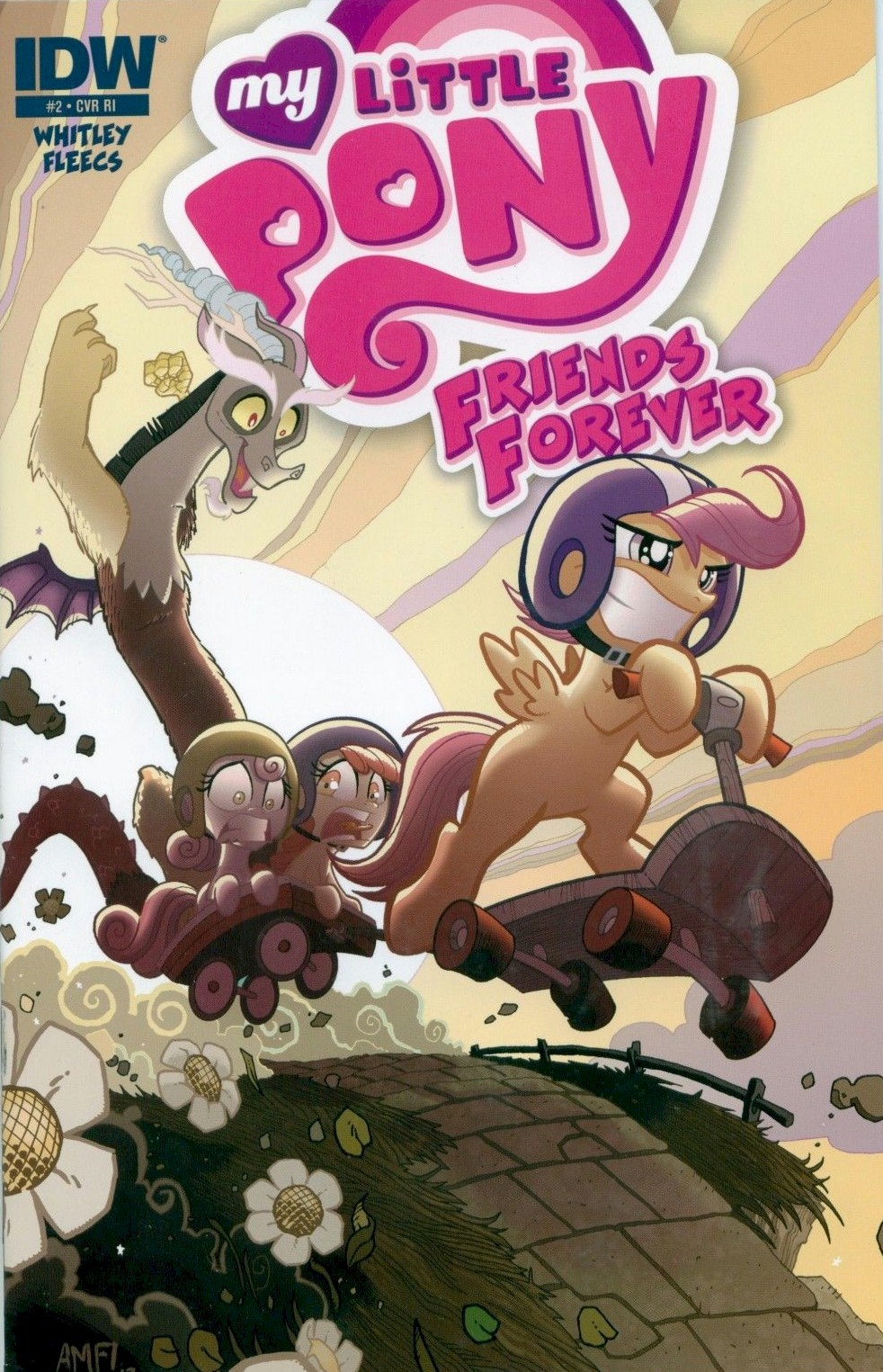 Hey! Remember when this blog used to update every week and had fully written reviews? Neither do I!

I swear, if I had the power to stop time, or at least slow it down to half speed like in Majora's Mask, I'd be doing fully written reviews of all these comics. But as it is right now, I'm too overwhelmed with work to sit down and review the comics in depth, besides Blogger's system of editing fucking sucks. Say what you want about Tumblr's coding, but at least that's streamlined and simple enough that I don't need to refresh constantly if I want to embed a picture or make a sentence into a link.

Anyways, check the video reviews under the break, featuring Norman Sanzo, Silver Quill and myself! I hope you guys find them enjoyable and insightful.

ISSUE 1# - THE PIE'S THE LIMIT (Feat. Pinkie Pie and Applejack).

For (very) little kids, and bronies with their brains switched off.

Worst Part: How confused the comic is about itself.

For those in need of a creativity shot.

Worst Part: Not having this as the first issue of the Friends Forever series.


For fans of odd couples.

Best Part: How well Spike and Celestia work of each other's strengths and weaknesses.


For brothers, sisters and siblings of all conditions.

Worst Part: At times the background eats the foreground.


For those who take pay off over build up.

Worst Part: Realizing that this is not a comic about Zecora and Fluttershy.


For fans of Trixie who know how likable she is.

Best Part: The pitch perfect portrayal of all the characters.

Worst Part: It could have used a bit more time on its ending.


For any brony out there, except fans of Princess Luna.

Best Part: The concept of the Chuckle-Lot Festival.

Worst Part: How uncharacteristically unlikable Princess Luna comes off on this one.


For those who put good chemistry over good story.

Best Part: The priceless duel (friendship) between Rarity and Applejack.


For fans of written miracles.

Best Part: The fact that they made Flim and Flam into such lovable characters.

Worst Part: The fact that they made Flim and Flam into such lovable characters.

ISSUE 10# - FLUTTERSHY AND IRON WILL.


For those who want to wash out the bad taste of "Putting your Hoof Down".

Worst Part: How godawful some characters are portrayed.


For students, teachers, and personal heroes.

Best Part: How unbelievably likable all the characters are.

Worst Part: The art style takes a little to get used to.

For those who want to know what going crazy is like.

Best Part: The insanity of the strokes.

Worst Part: It doesn't have a point (and doesn't need to, really).
Written by James Corck at 15:45