August the 13th was a pretty crazy day. To say I did a lot more things in that one day than during the whole month of July is an understatement. Thankfully, I remembered my cammera this time, so I made a photo record (or almost one) of the entire day. It was cool, it was nice, the weather was kind with us and gave us a mild temperature without wind or cold or humidity, and I bought a shit-load of stuff.

So, let's get started with the report.

It's confirmed! There are ponies at Tesco. At least at the Tesco next to the Toys 'r Us in the Industrial Area of Dundee. Look for the stand full of Princess Celestia toys and some other playsets. They look great! 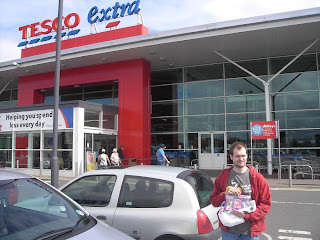 My best friend here got himself a spoonful of Blank Flanks. 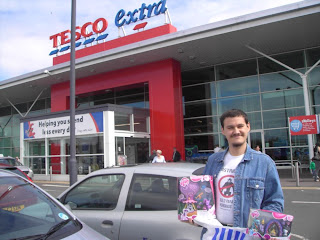 I went balls out and got the fucking balloon. Also, a Dashie campfire X3


THE VIDEOGAMES EXHIBITION IN DUNDEE.

This was the main reason why we were going out. There was a videogames exhibition in Dundee and we wanted to go check it out. I have to say it was...a let down. Try to picture the E3 with a 50£ budget and a limited supply of iPhone games to show. The best parts of it were when we met an artist who worked on Time Splitters, and me recognizing Unreal Tournament. They even offered me to play! I politely declined the offer, since I'm an old man and can't play fast paced shooters anymore. 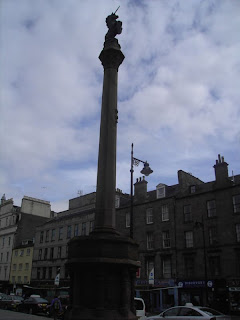 This is Dundee's Town Cross. It was placed in the city in 1586. Yes, that's a unicorn on the top. 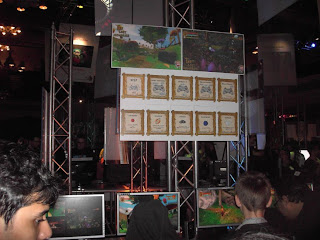 This game was called Lost Memories. Appropiate title. I can't remember what it was about. 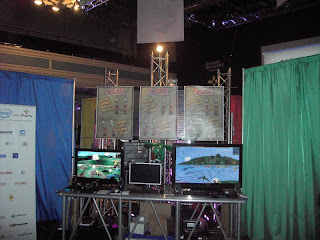 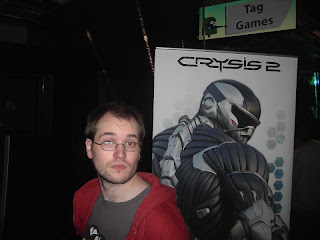 Don't let the banner fool you. There was no way to play Crysis 2 there. 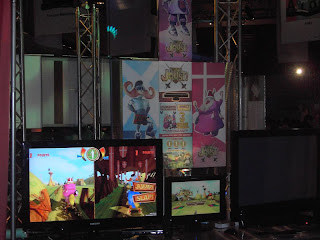 Joust looked like a hack'n'slash. Good looking graphics though. 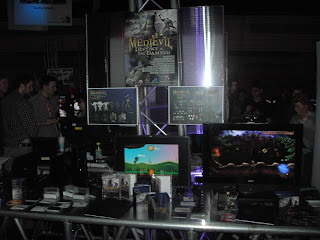 Medievil with PS3 Move controls. Not a bad idea, I must say. 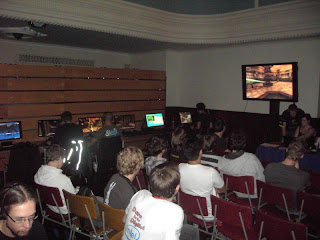 I miss those Lan parties, don't you?
THE REST OF THE DAY.


After the much hyped exhibition we moved away from it to wander around Dundee and do some shopping. Take into account, I was carrying the pony toys with me all the time. We went to the videogame shops and discovered that all the worth-buying games have already been released (I don't care about Skyrim), so we went to the DVD shop and see what they got. Scott Pilgrim, Dodgeball and A Matter of Life and Death were my choices. Pretty...schyzophrenic, I must say >_> Then I went to subway for the first time and got the best sandwich in the world. I call it the Awesomich. 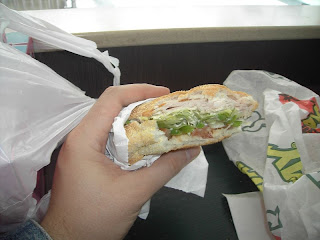 Recipe (Honest)
- Hearty Italian Bread.
- Green Pepper.
- Tomato slices.
- Soft Mayo.
- Cheese (two slices).
- Turkey (three slices).
- Lettuce.
Then we went to another two places to see if they had more pony toys. I was ready to get my sister a Pinkie Pie. Instead I found Cheerilee!!! I'm so happy that such meaningless character has a toy for herself XD Just kidding, Cheerilee is fucking sweet! 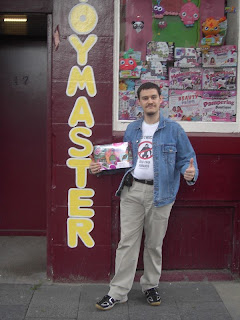 Manly!
And finally, we ended up going to the highest point in Dundee, the Dundee Law, an extinct volcano from which you can see all the city and that has a World War I memorial on top of it. The view is stricking and will take your breath away. Seriously, take your oxygen tank if you plan to visit that place. 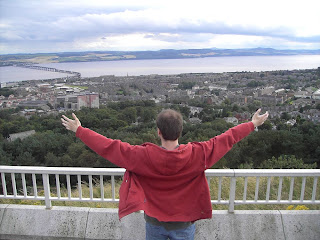